‘St Michael’s, Calais’  the Ethiopian Orthodox Christian Church, is the highest structure in the Jungle. The two towers with the crosses on the top are visible from many places.  The BBC, amid controversy, filmed an episode of Songs of Praise from here.

On my first visit, at the end of January, two dead Christmas trees still stood sentinel by the door, with decorations sparkling in the bitter winter sunshine. Shelves by the door contain the muddy boots and shoes of those inside. When I ventured in on my next visit, I was stunned by the peacefulness of the place. Iconic images, some painted by people in the Jungle, adorned the altar area. Candles burned while people sat in quiet contemplation. This is one of the community buildings spared in the demolition which started on February 29th. The previous demolition in January had seen another church and mosque destroyed. When I was last there, I saw the church standing in isolation, surrounded by the chaos of the demolition. 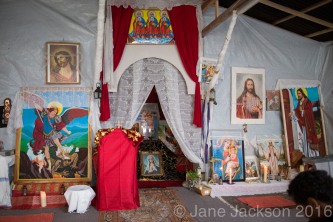 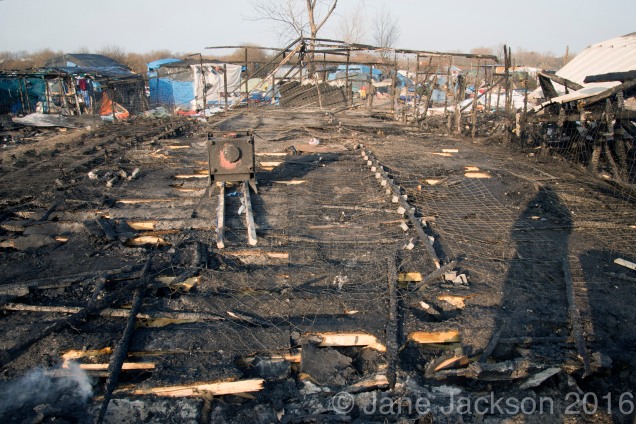