The women’s centre was a fenced area that in theory men were not allowed to enter. It was comprised of a children’s playground, a small caravan, covered area, storage shed and large tent. 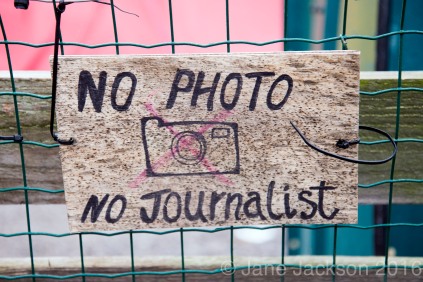 The large tent had a wood-burning stove in it which warmed the tent and gave a feeling of safety whilst in there. All the women’s distribution was done in this area. As there are fewer women in the camp, their distribution was done on a timed ticket basis. For example, tickets were handed out and names taken on a Friday for the following distribution on Monday. Every half an hour, groups of about ten women would be allowed into the tent. They were given a bin bag and they had half an hour to browse the boxes of clothes and select hair products and cosmetics that had been donated. Children’s clothes were also distributed and mothers were allowed to bring their young children into the tent with them.

As part of the demolition, the women’s centre was destroyed. They are now operating from a donated double decker bus, in the north of the camp. The space is cramped but as usual, people are adapting and coping.